Today’s townland is Cherryvalley, in Comber, County Down.  It is marked by this road sign on the A21 Comber bypass. 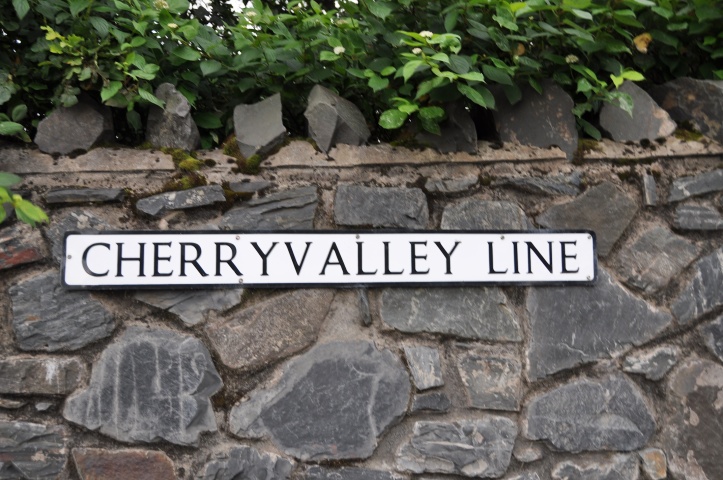 The townland lies to the east of the town, past the cemetery, towards Strangford Lough and Newtownards.  As usual with Comber, there is a view of Scrabo.

The “valley” part of the name is apt, as the townland is in a river valley, where the Comber river meanders out to the lough.

If you think you’ve seen the next photo before, you’re right. I used it in 2015, to illustrate Town Parks of Comber.  Town Parks is on the near side of the river; Carnasure is on the right; and Cherryvalley is straight ahead across the river. 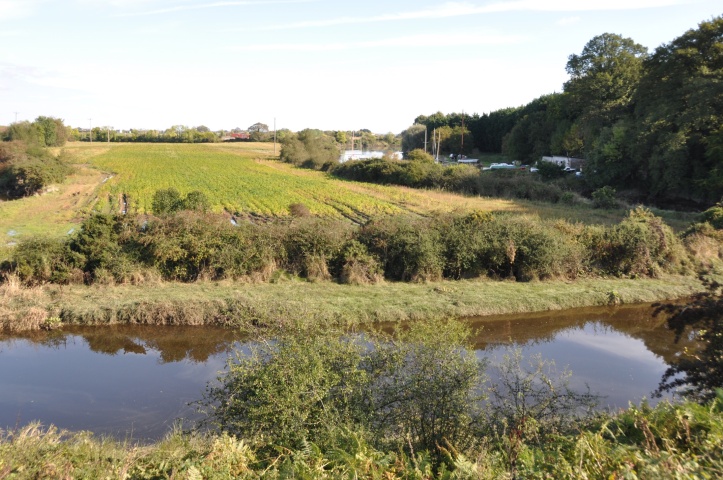 But what about the “cherry” part of the name? The authors of the website of PLACENAMESNI.org are sceptical about any actual cherry fruit crop in Comber:

“The name of the townland of Cherryvalley is first recorded as such in 1675 and there are other known instances of this name,  e.g. in the parish of Moira and, much closer to home, Cherryvalley (a road) in Knock townland near Belfast.

It is possible to grow cherries in sheltered places in Ulster, and this may explain the name; however, it may be that the name (being considered attractive) was transferred from elsewhere.”

PLACENAMESNI.org goes on to mention that an earlier Irish name for the townland was Ceathrú Chros na Muclaí  meaning “quarter(land) of the cross of the piggery”, translated into English as Carrowcrossnemuckley.  So maybe people wanted to gentrify the name from pigs to cherry trees?

Even if the name is a transfer from elsewhere, it has certainly taken hold, being used for streets in a local housing estate.

It’s only when you look carefully at the map that you realise that most of these streets,  including Cherryvalley Drive and Cherryvalley Crescent, are actually in the townland of Town Parks.  Only the streets called “Laburnum” are inside the townland of Cherryvalley.  Still, the residents are proud enough of their area to create this tree-lined walk called “Ginny’s Way”.

“the team planted an avenue of over 100 native trees including elm, crab apple and birch as well as a 150m hornbeam hedge and some acers. To complement this work they planted 225,000 bulbs including daffodils, snowdrops and crocuses.”

Bearing in mind the warning that “Cherryvalley” was just a pretty name, I walked along Ginny’s Way looking for cherry trees. I didn’t find any.  Now this was in October, so without the blossom or fruit to guide me, I may have missed some.  I did however find green cone-like fruit on alder trees.

And several types of mushrooms. 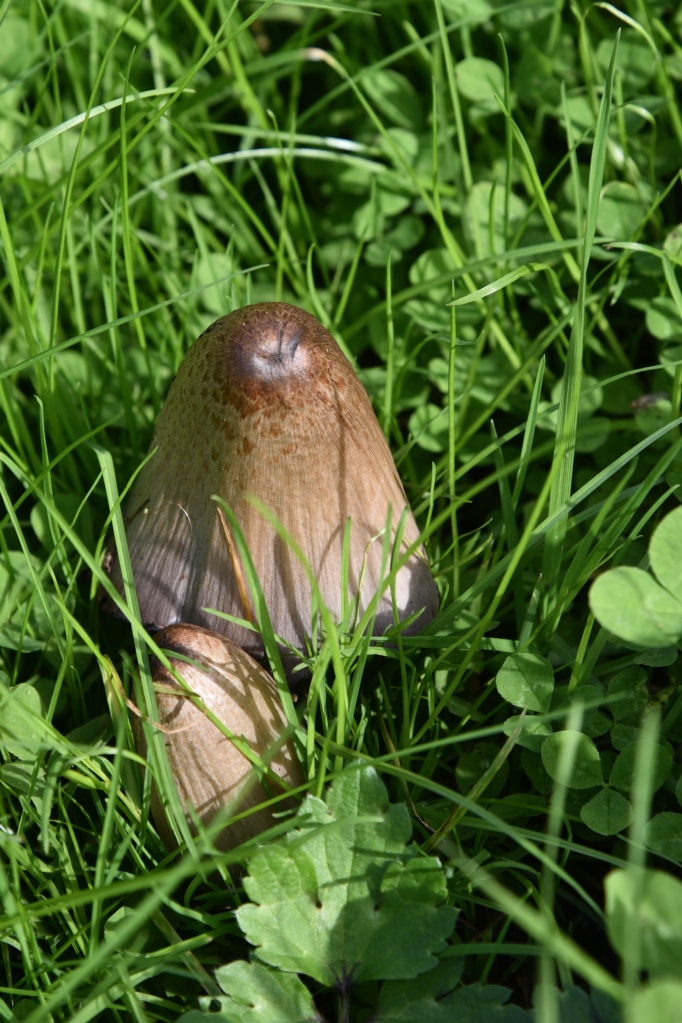 Can I close the blog by pretending that these are cherries? Or is it too obvious that they are crab apples?

Which county is Cherryvalley in?  County Down

Which civil parish is Cherryvalley in?  Comber

Which townlands border Cherryvalley? To the north, Ballyhenry Minor and Glass Moss.

To the west, Town Parks of Comber and Carnasure.