As autumn arrives, I’m looking back at photos of summer walks in County Down. This year for the first time I made it to the townland at the far southern tip of the Ards peninsula – Ballyquintin.

The townland ends with Ballyquintin Point. 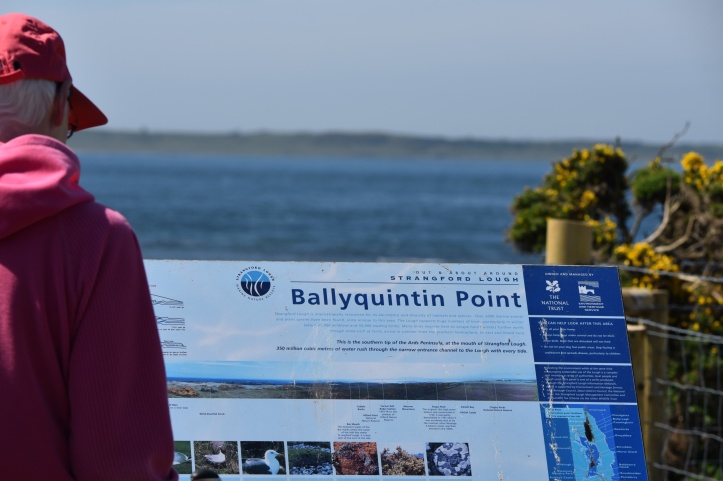 The National Trust has a farm there. 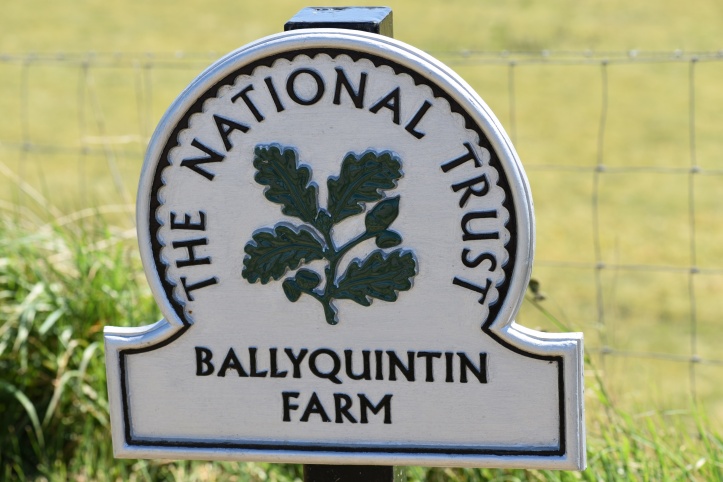 Some sources suggest that Ballyquintin is named for a Saint Quintin, but according to PLACENAMESNI.org the name is more likely to come from an Anglo-Norman family.  Ballyquintin was probably once known as Quinton’s town, or “Quintonton”, then as Baile Chuintín in Irish.  This would follow the pattern of the Portaferry townland “Felipton” becoming Ballyphilip.

Today part of the townland is a nature reserve.

The views from Ballyquintin are lovely, out to sea and across to the Mournes.

There might be seals in the area, but they didn’t appear during my walk. 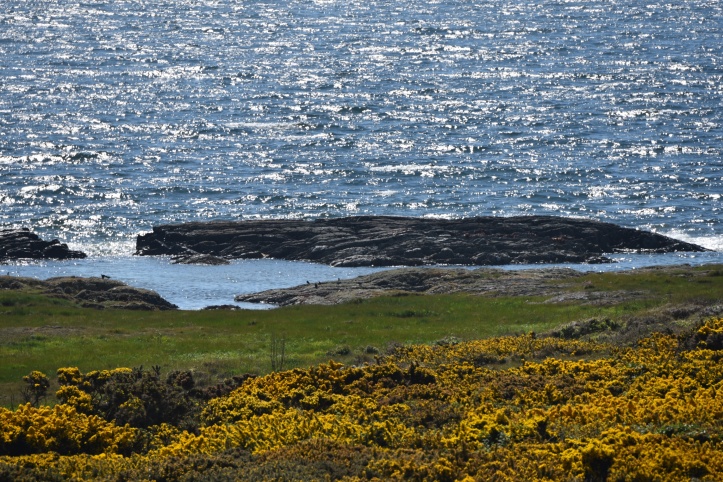 I had to make do with flowers, mainly gorse and this bird’s-foot trefoil.

Which county is Ballyquintin in?   County Down

Which townlands border Ballyquintin?   Only Tullycarnan to the north.  On every other side, the sea.

Click here to see a map of Ballyquintin on Townlands.IE.