Ballywalter is a seaside village on the Ards Peninsula of County Down, but did you know that it’s also a townland?

Walking on the beach on a sunny July day I spotted a combine harvester on the main street. 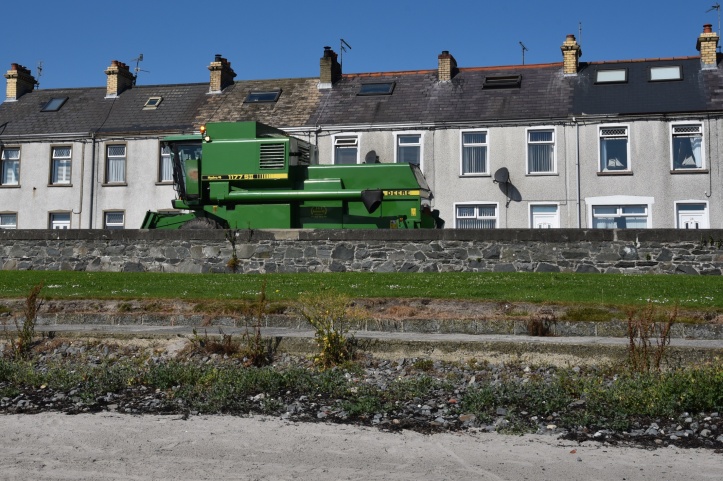 Maybe on its way to this field? 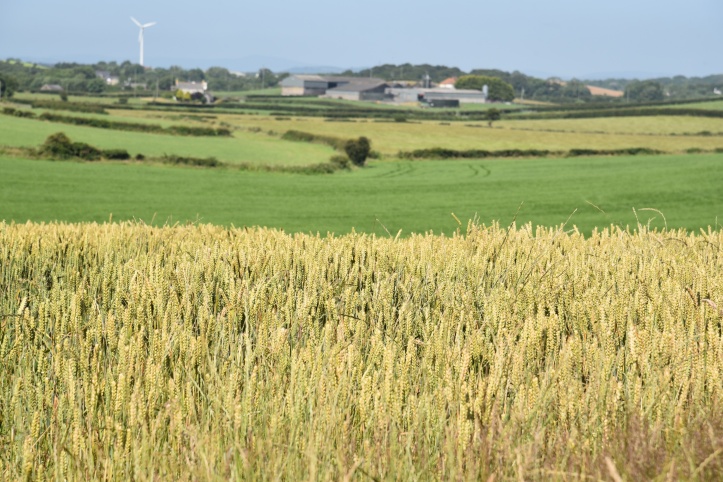 According to the website of PLACENAMESNI, the name has an Anglo-Norman origin as “Walter(s)ton”, was gaelicized as Baile Bhaltair, and then re-anglicized to Ballywalter. Who was Walter? PLACENAMESNI does not identify him. One suggestion, put forward in the Ballywalter Walking Leaflet, is Walter de Arquilla.

I left the beach to walk along Stump Road.  The “stump” belongs to an old windmill (similar to those in Tullyboard and  Whitespots).

Windmills for flax and grain were a common sight across County Down in the 19th century.  In the 21st century we are defined by wheelie bins.

But we are also learning to use windpower again, in the sleek white modern version. 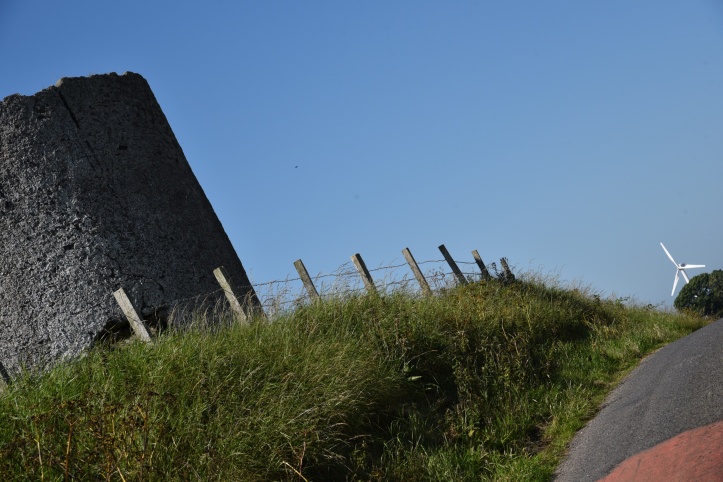 I had already found gravestones with Ballywalter inscriptions on my earlier visit to Whitechurch Cemetery.

Back at the harbour, I consulted the Ballywalter Walking Leaflet to find out more about this statue.  It’s called “Echoes of Awareness”, and was created in 2001 by Ned Jackson Smyth, using handprints of local children.

Which county is Ballywalter in?  County Down

Which townlands border Ballywalter?   To the north, Whitechurch.  To the west, Ballyatwood.  To the south, Springvale. To the east, the Irish Sea.

Click here for a map of Ballywalter on Townlands.IE

Click here to read about the townland’s name on PLACENAMESNI.ORG