Ballykillare is a townland on the County Down coast, on the western edge of Bangor.

It also includes part of the North Down Coastal Path and Crawfordsburn Country Park.

Right in the middle of that photo is a redshank in winter plumage. 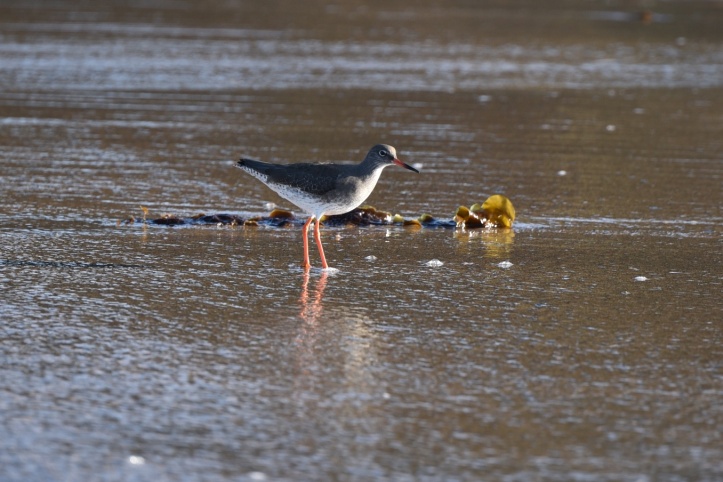 This big house in Crawfordsburn Country Park was once home to the Sharman Crawford family. After serving as a hospital, it was converted into apartments. Are you tempted by this marketing material material for the apartments?

“accessed via a beautifully ornate communal reception hall, and with fantastic features such as meticulously well manicured lawned gardens leading directly to the beach, tennis courts and a helicopter pad”? 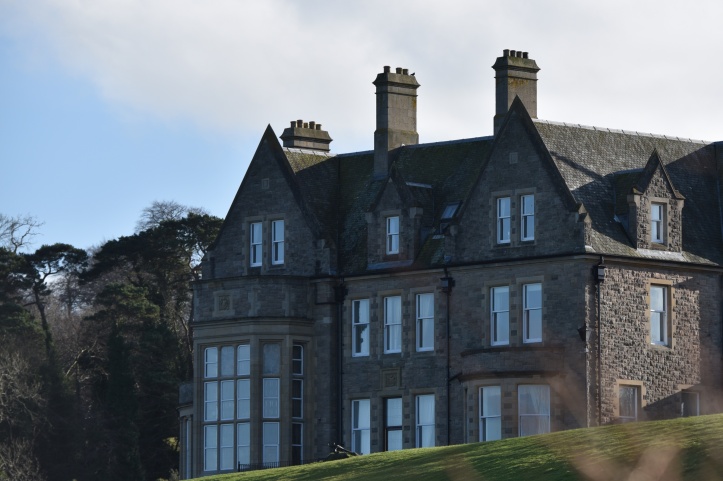 According to PlacenamesNI, the most likely Irish origin for the name Ballykillare is the Irish Baile Cille Láir meaning ‘townland of the central church’.  Locally, the name often ends with “aire” instead of the official spelling “are”. 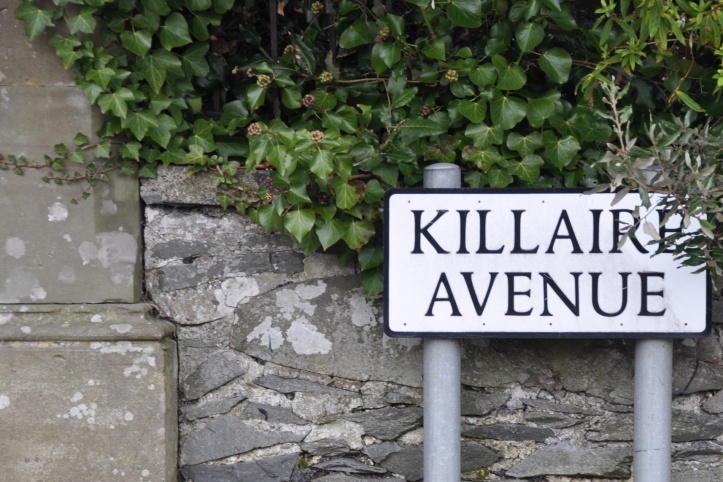 Where townlands meet, street names do not adhere strictly to the divide.  This terrace is located a few hundred metres into the next townland.

The railway doesn’t observe the boundaries either, with Carnalea station sitting in Ballykillare townland. 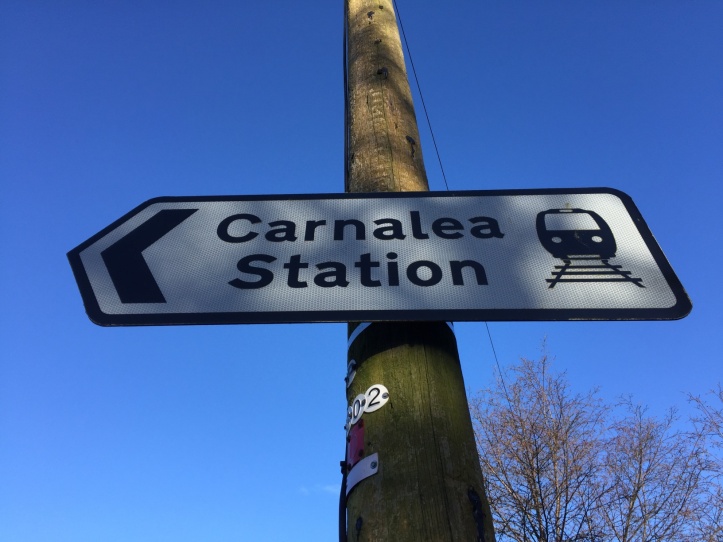 In the detached portion of Ballykillare I found some new streets called “Killaire Wood”.   Residents have been moving into the new houses since 2017.  When I visited in February 2018 landscaping work was underway. 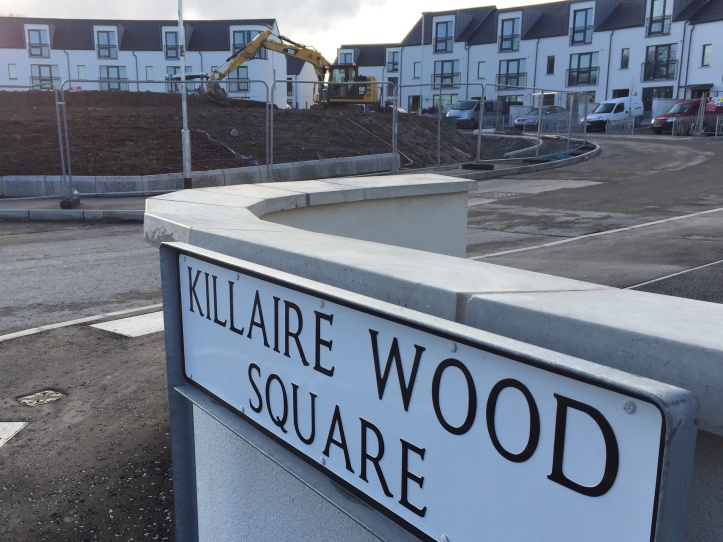 Just when you think the whole of Ballykillare has been turned into suburban housing estates, let me show you the stream that tumbles down into Belfast Lough, forming a boundary between the townlands of Ballykillare (the right half of this image) and Carnalea (on the left).

A good resource for the history of Crawfordsburn and Helen’s Bay is the book “Twixt Bay and Burn” published in 2011 by the Bayburn Historical Society. A PDF is available from www.bayburn.com.

Here is a link to the WALKNI guide to the North Down Coastal Path which goes through Crawfordsburn Country Park.

Which county is Ballykillare in?   County Down

Which civil parish is Ballykillare in?   Bangor