The townland of Bentra is near the town of Whitehead. From the A2 coast road its name is easily spotted on this sign and on the neighbouring restaurant “The Bentra Grill”.

According to the website of the Northern Ireland Place-Names Project, the origin of the name Bentra is uncertain. There are similar Irish placenames such as Bantry Bay in County Cork and Bantry in County Wexford, but nobody is sure of their origin either.  Maybe people called the Beantraighe, or hilly places known as Beanntrach?  Some old records give the name of this townland as ‘Ballybantragh’, but that “Bally” is not used today.

On the western side of the A2, Bentra’s land rises up into the hills, giving an unexpectedly sparkling view of Belfast Lough when I was there in August 2019. 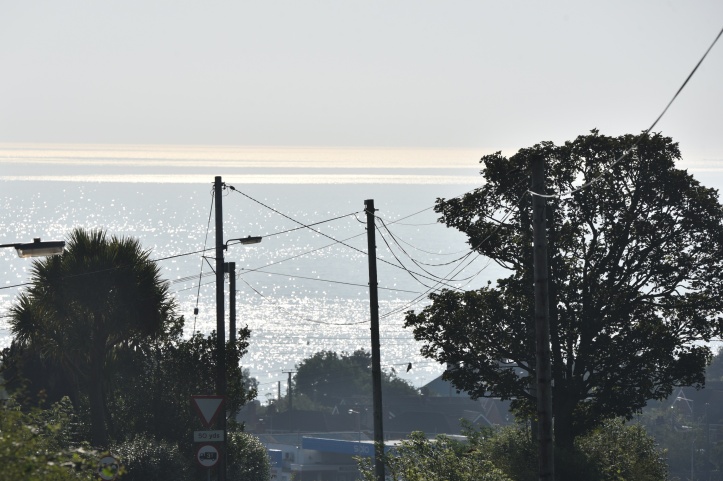 On the eastern side of the A2, the flat land beside the golf course is young woodland, planted as part of a UK-wide project to celebrate Queen Elizabeth’s Diamond Jubilee. 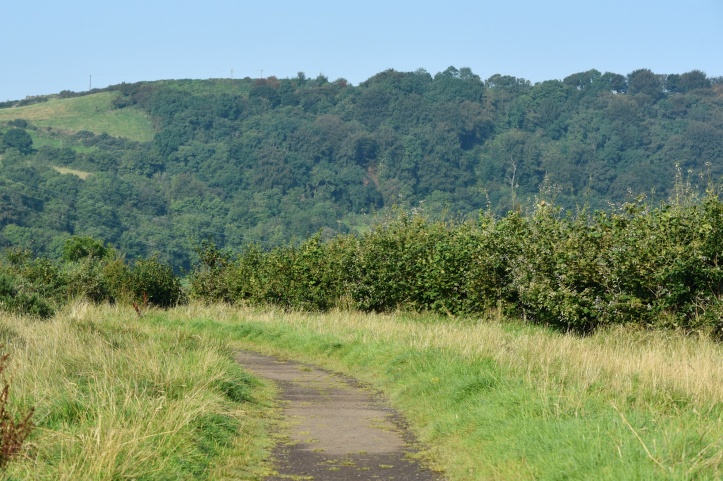 The trees were only planted in 2012, so even those in the grandly named “Commonwealth Avenue” haven’t reached much of a height yet. But there are apple trees, and an invitation to share their fruit.

“Please help yourself to apples, pears, nuts and berries” – I chose a good season to visit.

Bentra played a role in the First World War, as commemorated on this stone. 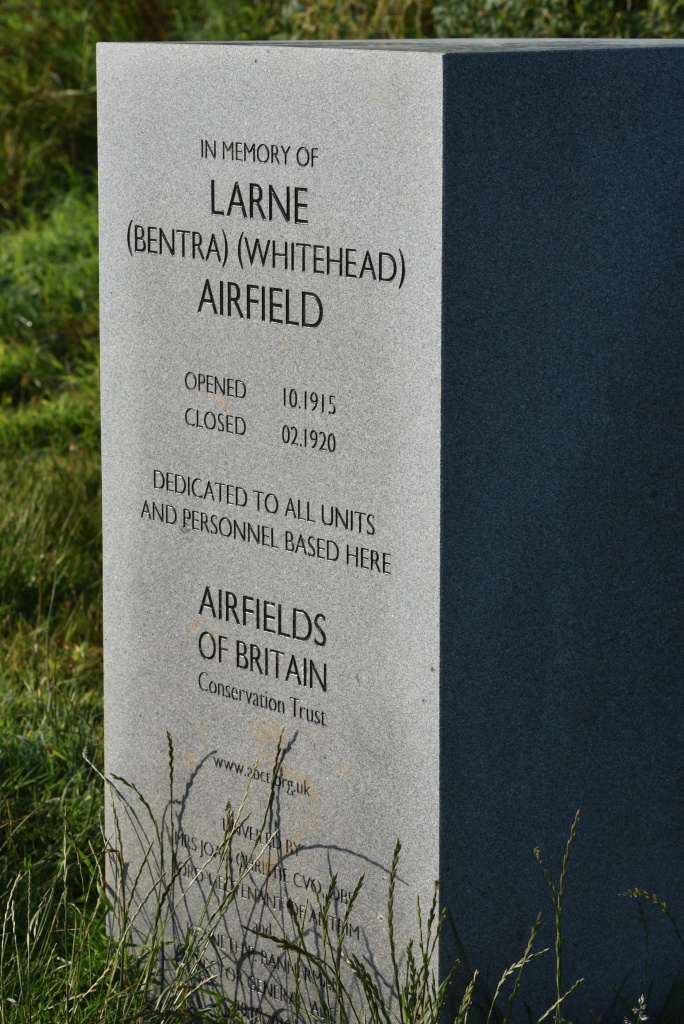 The next sign explains that Royal Naval Air Service airships were based at Bentra to protect the Princess Maud cross-channel ferry and guard incoming convoys in the North Channel from German submarines. 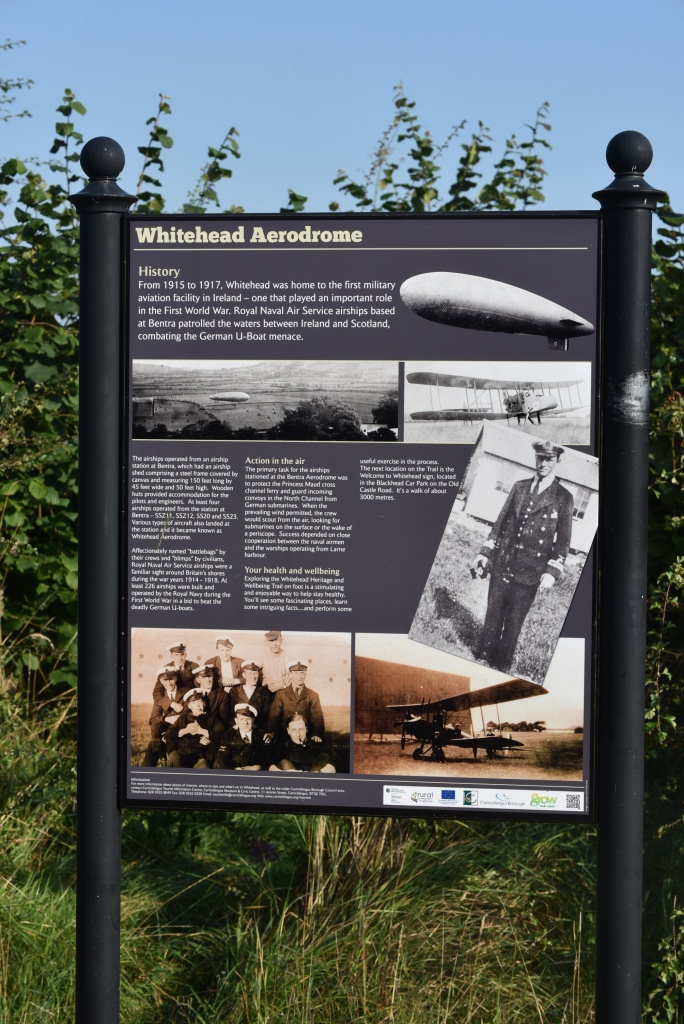 If you want to read more about Bentra and the airships, click here for a link to the project researching that part of Bentra’s history.

Which county is Bentra in? County Antrim

And finally, click here to read more about the history of the name on PLACENAMESNI.org.