Several Irish townlands are called Balloo. Today I’m exploring one in Bangor.  According to the PLACENAMESNI website, the name of this Balloo comes from the Irish Baile Aodha meaning ‘Hugh’s townland’.  But who was Aodh of Bangor? Or Aodh of Balloo near Killinchy that I visited in 2015?  Nobody knows.

This Balloo spreads its name across the country by hiring out all kinds of vehicles, plant and machinery. 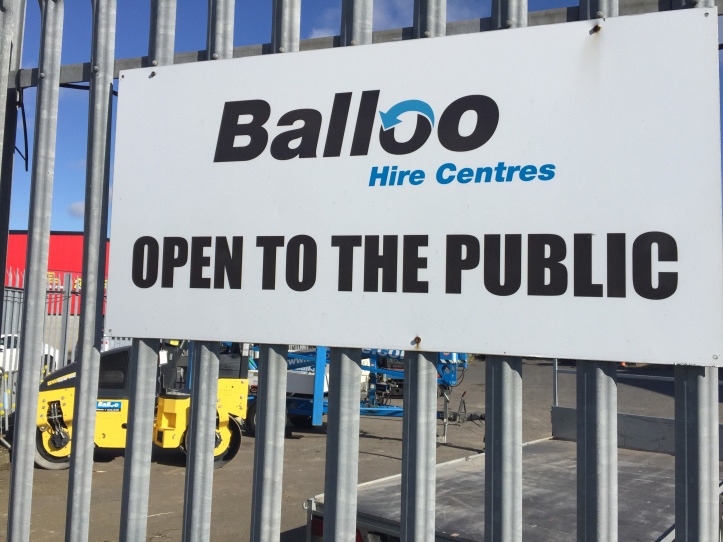 Look carefully at the documentary “Game of Thrones: The Last Watch” and you can spot the name Balloo all over the place. 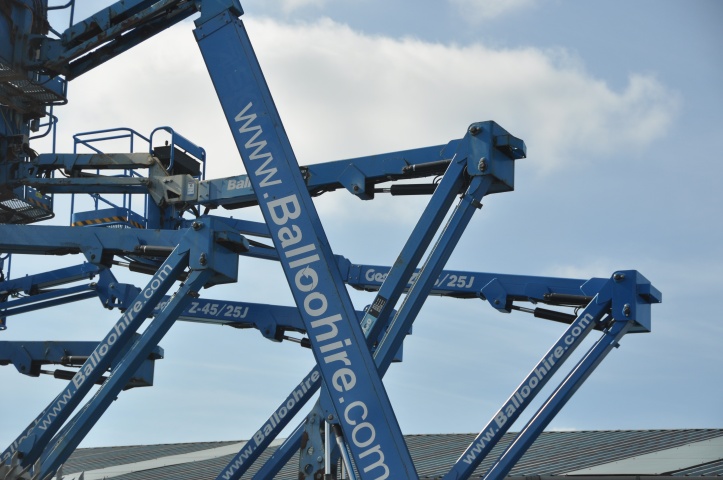 When you’ve used your digger or roller or crane, the same townland will provide a skip for the debris.

Much of the townland has become industrial (on roads called Balloo Drive, Balloo Way, Balloo Avenue, Balloo Road and Balloo Way) or residential (on streets named for the neighbouring townland of Rathgill), but there is still one small area of green space – Balloo Woodland Nature Reserve, managed by the Ulster Wildlife Trust.

On my visit in May I found bluebells….

….and birds. Is that a coal tit hiding in there?

This gravestone in Bangor churchyard for the Currell/Crawford family mentions “Upper Balloo”, distinguishing today’s townland from another townland in Bangor Parish called “Balloo Lower“. Which means I will be soon be on the trail of another Balloo.

Which county is Balloo in?   County Down

Which civil parish is Balloo in?   Bangor

Which townlands border Balloo  To the east, Ballygrainey, Ballymagee, Ballyree. To the south, Drumhirk. To the west, Conlig and Rathgill. To the north, Corporation.

Click here for a map of Balloo on Townlands.IE.