I’m back in the village of Ballyhalbert again, for its second townland – Ballyhemlin.  When I drove across the Ards Peninsula, my first hint of Ballyhemlin’s existence came from this road sign in Roddans townland. 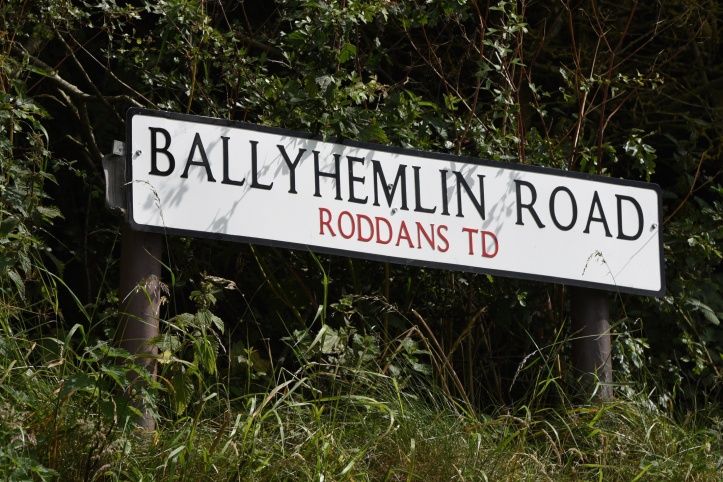 Then I found Ballyhemlin church at a quiet intersection of country roads.

This was the view from the church in October. 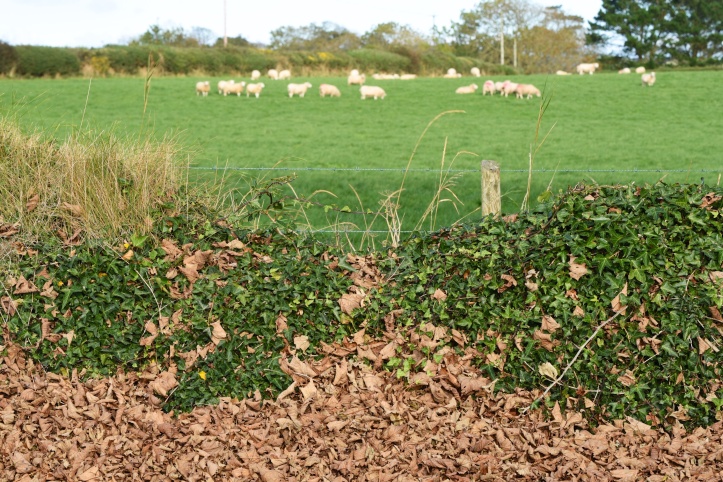 Driving on for a few minutes gave me a different view, across the Irish Sea.

As I hit the coast, and turned towards Ballyhalbert village, I found confirmation that I was indeed in Ballyhemlin townland.  It’s a good thing that I found this sign, because most things in and around Ballyhalbert village use halbert instead of hemlin in their names.

One example is the caravan park, in Ballyhemlin townland, but called Ballyhalbert.

The caravan park is close to the beach, and popular in summer, when visitors even get their own church services.

The caravan park is built on the site of an airfield used by the Royal Air Force during the Second World War.  Military personnel of the WAAF and Royal Navy, and from Poland, Australia, New Zealand, Canada and the USA also served there during the war.

After the airfield closed, the site was used for caravans, and, more recently, houses.  You can still see the outline of the airfield on Google Earth. If you search for “Kingfisher Way, Newtownards”, the satellite imagery lets you see the runway, just west of the newly-built homes.

My last photo is from Ballyhalbert churchyard, with the name of Ballyhemlin townland engraved on this headstone from 1826 for the Miller family.

Which county is Ballyhemlin in?  County Down.

Which civil parish is Ballyhemlin in?  St. Andrews alias Ballyhalbert

Inland, to the west, Ballylimp and Balliggan.  To the southwest, Glastry. To the southeast, on the coast, Ballyhalbert.

Click here for a map of Ballyhemlin and neighbouring townlands on Townlands.IE.

Finally, click here for the PLACENAMESNI website to see a map of the townland of Ballyhemlin and to read more about the origin of the name