It’s summer, so let’s see if I can show you the beautiful County Down coastline in the sunshine, starting with the townland of Cloghy, south of Portavogie on the Ards Peninsula.

The water is the Irish Sea, and the land in the far distance is the Isle of Man.

The next, slightly different, shot includes the stone wall of the churchyard.

I needed the wall to illustrate the meaning of the townland name.  Although there is a long sweeping sandy beach, the PLACENAMESNI website informs me that Cloghy comes from the Irish Clochaigh meaning “stony or rocky area”.

The official name for the townland is Cloghy (no u, no e) but, as you can see from these signs, the bay and village are usually spelled Cloughey (with u and e).

The signs are actually in the townland of Kirkistown, which claims the northern half of Cloughey Bay.  So I can’t bring this caravan park into focus until I reach the correct townland.

Here is a another variation on the spelling from the local churchyard. 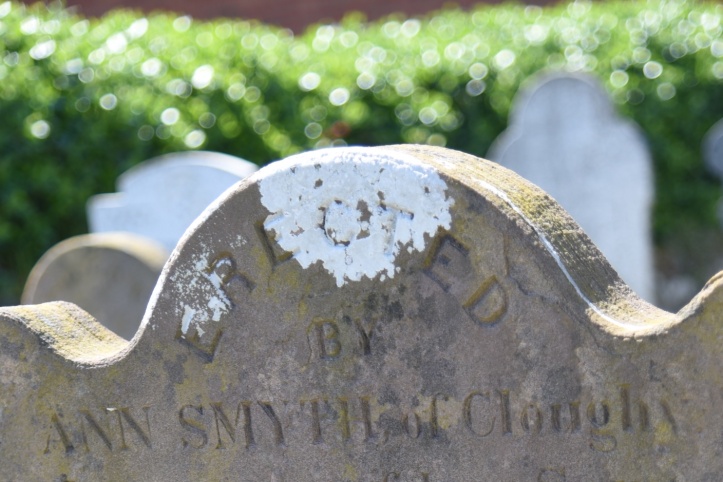 An interesting local history is available to download from the local Community Association’s website: Cloughey and District Community Association.  From that history I learned that, before roads across the peninsula improved, Cloughey’s coal supply was shipped direct from Scotland, while potatoes and paving stones were exported in a similar manner. How did they manage without a pier?  Two-masted schooners from Belfast, Glasgow and Liverpool sailed into Cloughey Bay at full tide and anchored there.  The retreating tide would leave them beached.  Horses and carts would then cross the sands and discharge the cargo while the tide was out.  The vessel could then sail away again on the next high tide.

Maybe when I was looking for a “stony or rocky area” I should have been looking out to sea, because there are many hazards for shipping along this coast, including the South and North Rocks at Cloughey Bay.  The Royal National Lifeboat Institution operated the Cloughey Lifeboat Station from 1884 to 1965.

I photographed the RNLI flag at the Portaferry Lifeboat Station. Their website has some old photos of Cloughey’s lifeboat crews.

Turning away from the sea, where the A2 road heads inland, I stopped my car at Watson’s Centra Shop and filling station.

I didn’t need petrol, but imagine my excitement at spotting the “townland of origin” of all the gates I had been photographing across the farms of County Down. 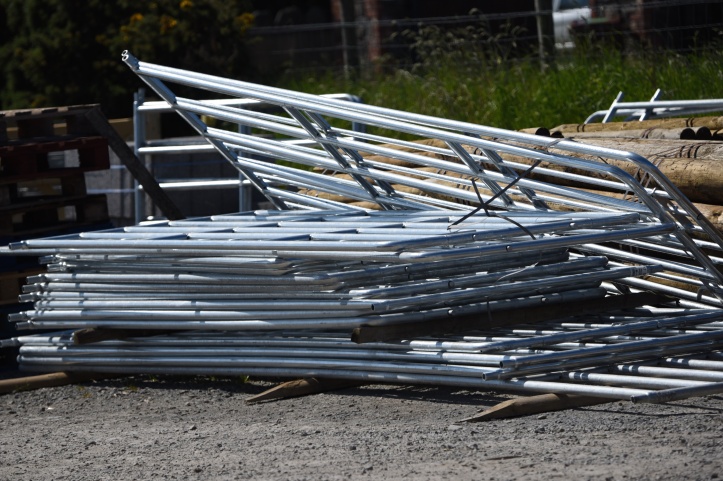 I hope to find some more scenic townlands in this area to continue my “summer season” of posts. 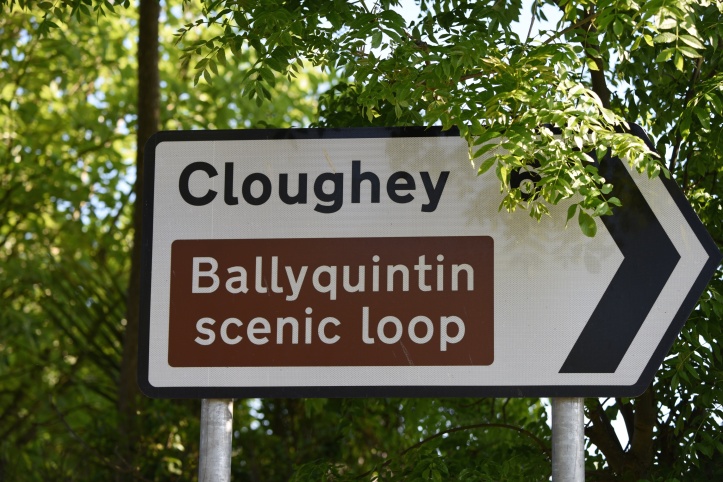 Which county is Cloghy in?  County Down

Which townlands border Cloghy?   To the north, Kirkistown and Ballygelagh.

Click here to see a map of Cloghy on Townlands.IE