Today’s townland is a new one – Sydenham Intake.  It lies between Belfast Lough and the Sydenham district of East Belfast, on land reclaimed from the lough.

The building surrounded by cars in the first photo is Clare House, home to Northern Ireland’s Department of Finance.  The Harbour Estate is filling up with offices like this.  You can also find retail shops like IKEA and Sainsbury’s in the Holywood Exchange.  The Belfast end of the townland is more industrial, with factories and storage facilities for Bombardier aircraft and Phoenix Gas. 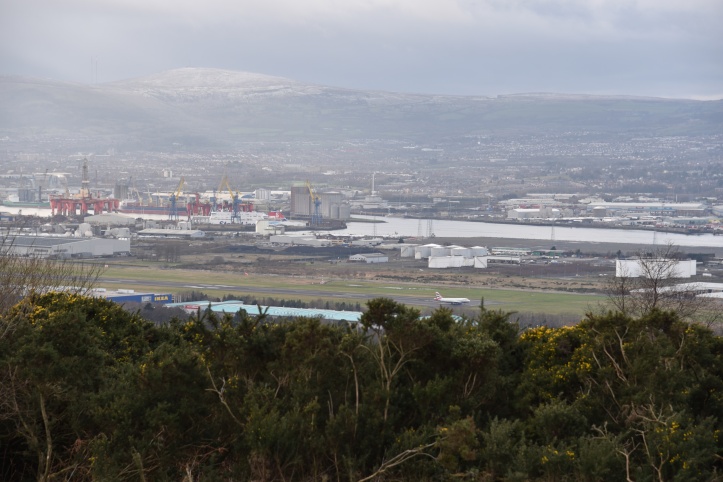 Sydenham Intake is the first townland seen by international visitors to Northern Ireland as they land at the airport, or disembark from cruise ships.

The process of dredging the lough and reclaiming land in Sydenham Intake has created a freshwater lagoon, now managed as a nature reserve by the Royal Society for the Protection of Birds (RSPB), under the name WOW! – Window on Wildlife.

The best time to visit is at high tide, when birds in the lough are seeking a place to roost.

There is a visitor centre with helpful staff who will show you how to use binoculars and telescopes, and help you identify birds.  There are also two birdwatching hides, made from old shipping containers.

On my visit in May 2016 I saw oystercatchers, black-tailed godwits, black-headed gull chicks, cygnets, coot chicks, a shoveller, and this common tern. 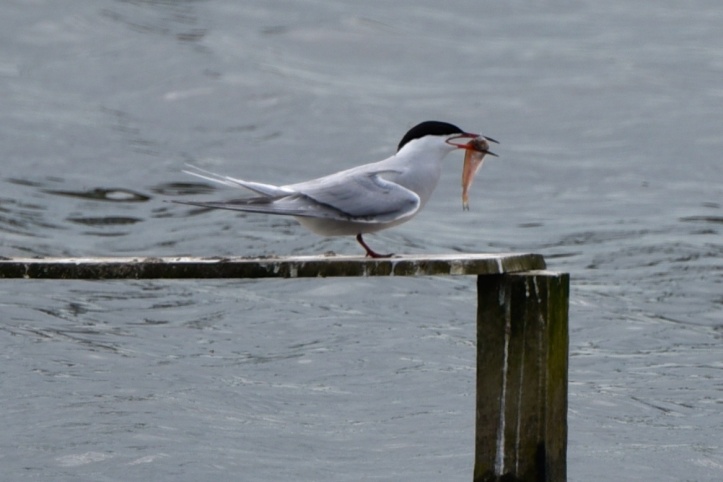 Sydenham Intake doesn’t appear on any old maps, so what evidence do I have that it exists at all?

Second, it appears on the website for rates (a form of local taxation).  Here is a screenshot from the Land and Property Services valuation list.

Which county is Sydenham Intake in?  County Down

WOW: RSPBNI’s Nature Reserve is open every day except Tuesday, from 10am to 5pm (February – October) or 10am to 4pm (November to January).   Click here for more details.