As promised on Tuesday, I’m back in Strangford Lough for the townland of Mahee Island – another island in the northwestern corner of the lough.

To reach the island, follow these signs from Comber, and keep going.  Have faith, as the causeways from the mainland to Reagh Island, and from Reagh Island to Mahee Island, can be crossed even at high tide.

As you can see from the signs, the main attraction of Mahee Island is Nendrum Monastic Site.  Tradition says that an associate of Saint Patrick founded a church here in the 5th century.  His name was Mo Chaoi, anglicized in the townland name as Mahee.

There are records of a monastic settlement at Nendrum in the 10th and 12th centuries, but the site was abandoned by the 15th century and only rediscovered in 1844.

The main excavation and restoration work took place between 1922 and 1924, overseen by archaeologist Henry Cairnes Lawlor, on behalf of the Belfast Natural History & Philosophical Society. 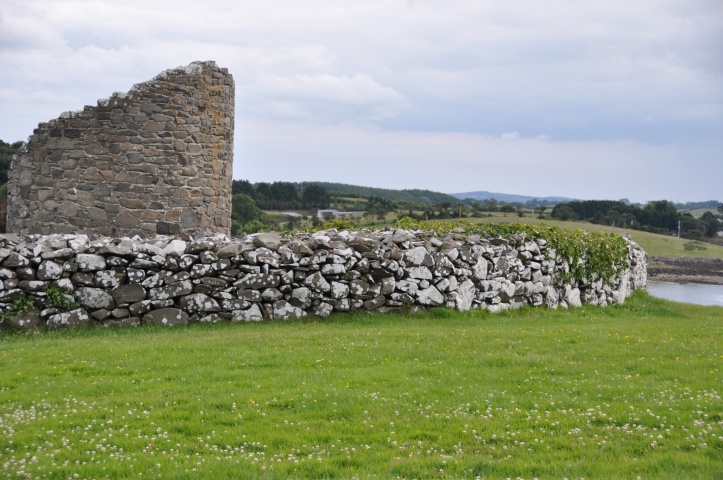 The site is now a lovely, peaceful place, where visitors are free to explore the stone ruins and enjoy the views of the lough. 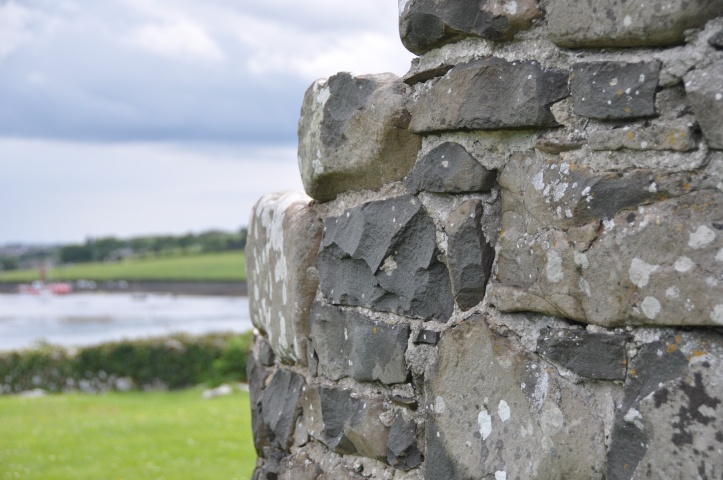 Parts of a sundial were discovered during the excavations of the 1920s, and it has since been reconstructed.

More recent excavations revealed the remains of tidal mills, including the earliest dated watermill in Ireland.  Instead of being driven by a mill race from a river, the wheel relied on the tides of Strangford Lough. 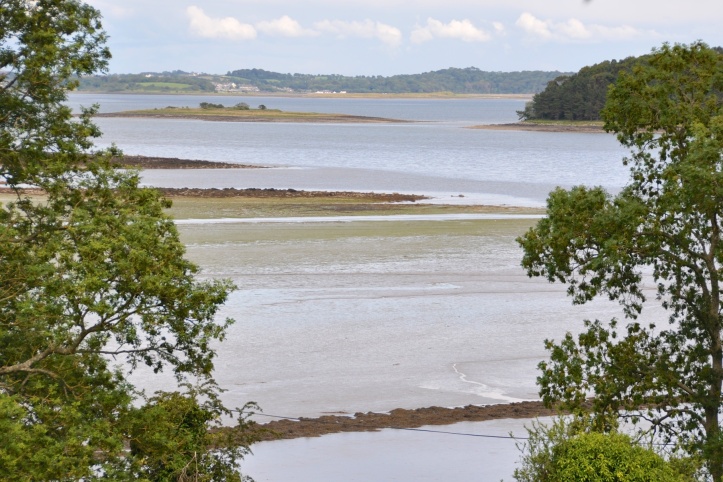 Using dendrochronology (tree-rings in timber) archaeologists have established that the first of Nendrum’s mills was constructed in AD 619.  According to the journal Archaeology Ireland (Summer 1999)–

“a stone-built dam 140 metres in length was filled on each tide with sea water.  This was then released through a stone flume to drive a wooden horizontal paddle wheel.”

I can imagine the monks using the mill to make flour, and then baking bread.  I wonder if they used the sundial to time the baking?

You can read more about Nendrum on the website of archaeologist Robert Chapple, in a post from 2014.

If you are more interested in sport than in monastic contemplation, you may prefer to investigate the golf course.  Mahee Island has had a 9 hole course since 1929.   Click here for the club’s website.

Click here to see a map of Mahee Island on Townlands.IE

Which county is Mahee Island in? County Down

Click on this link to read more about the name of the townland, and the name of Nendrum, on PLACENAMESNI.org.