Today’s townland is one of the many islands in Strangford Lough.  Reagh Island lies close to the northwestern shore, east of the village of Lisbane.  Along with some other islands, it provides shelter for Ringneill Bay and Reagh Bay.

Luckily for me, Reagh Island is accessible by car.  Approaching the northern end of the island from the Ringneill Road, I drove across a causeway.  Then I left the car in the National Trust carpark and walked along this lovely woodland path.

The path led down to the shore, where it was just me, seaweed, mussels, and a few seabirds. 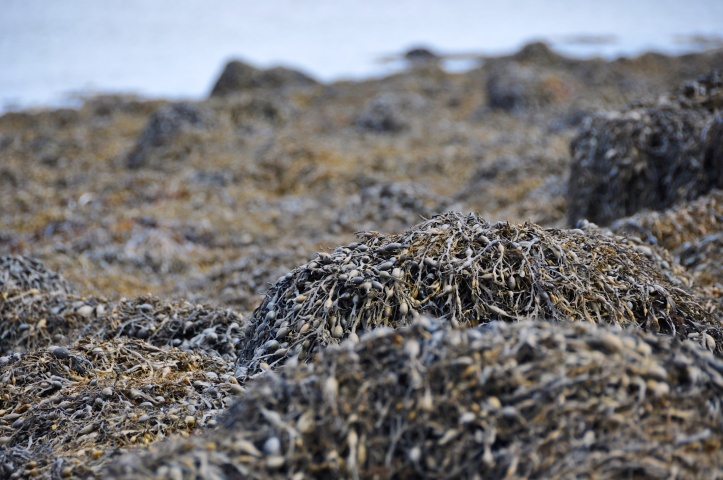 That bird may be a curlew.  My excuse for not getting close enough to make a proper identification, is that I didn’t want to disturb the wildlife…. 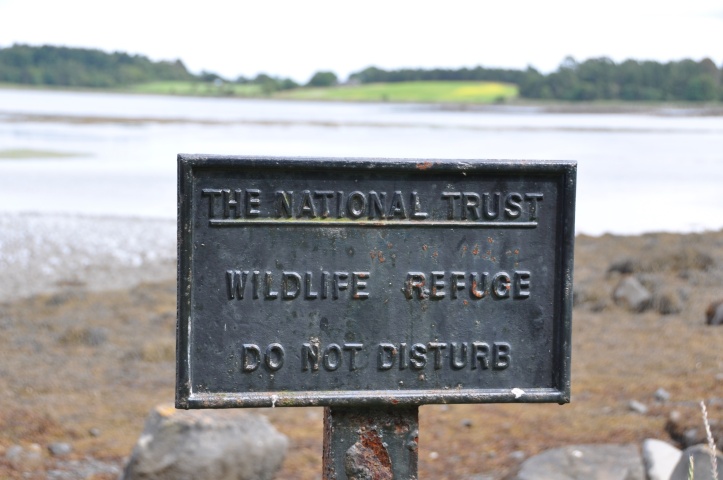 According to the PLACENAMESNI website, the name of this townland comes from the Irish An tOileán Riabhach meaning “the brindled island”.  I’m getting familiar with that word riabhach and maybe so are you, as it has appeared in the other brindled, grey, and speckled townlands of Moneyreagh and Carrowreagh.

This townland of Reagh Island also includes Cross Island, but not Mahee Island, which is a townland in its own right and will be the subject of my next post.

There are some more photos of Reagh Island on the blog “A lifetime of Islands” – click here for their post about Reagh Island.

Which county is Reagh Island in? County Down

Which parish is Reagh Island in? Tullynakill

Which townlands border Reagh Island?  The island is surrounded by water, but causeways attach it to the townland of Ringneill on the mainland, and Mahee Island to the south.

Click here to see a map of Reagh Island on Townlands.IE.

And finally, click here to read more about the history of the name of this townland on my usual source, PLACENAMESNI.org.