Church Quarter is a townland in Dundonald, County Down.  The “church” name is well-deserved.  In medieval times one parish church stood there: today the townland is home to Dundonald Presbyterian Church and St Elizabeth’s Church of Ireland (both on Dundonald Green) and Dundonald Elim Pentecostal Church and Dundonald Assembly of God Church (both on the Comber Road).

If Dundonald has a centre, it is probably this mound or motte known as Dundonald Moat. 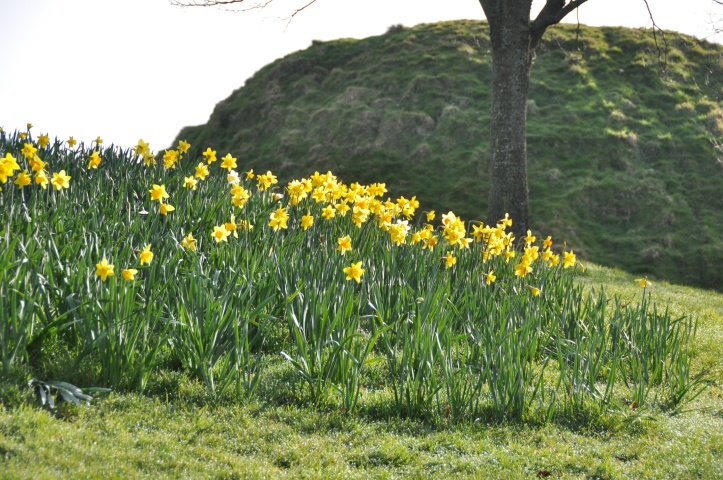 The Moat is man-made, has a great view over Dundonald, and was once the site of a fort.  The fort was constructed in the 12th century by invaders from England, and destroyed in the 14th century during an invasion from Scotland.

The fort-builder was an Anglo-Norman knight named John de Courcy.  He took control of eastern Ulster in 1177, and constructed a series of fortifications, including the stone castle at Carrickfergus.  He was later ousted by another knight, Hugh de Lacy.

In 1210 King John led an expedition to Ireland to assert royal control over the knights.  He laid siege to Carrickfergus Castle, and on his journey south to Dublin the king may have visited the fort at Dundonald.  I certainly learned something like that at school, but mis-remembered it for years as “King John tied up his horse to the traffic lights in Dundonald village”.

The fort at Dundonald was destroyed during an invasion from Scotland by Edward Bruce in 1315-1318.  For more details on the history of Dundonald Moat, I recommend reading the Report of Archaeological Excavations in Church Quarter in 2007 by Queen’s University Belfast. 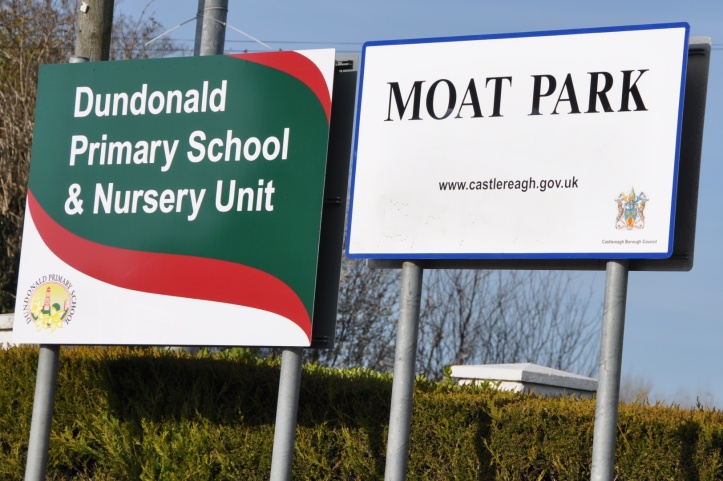 If you can’t face the steps up to the top of the Moat, Moat Park offers easier routes through the park and along the Enler River.

One tip from a local walker: you can connect Moat Park to the Comber Greenway by walking along East Link or Grand Prix Park.

Finally, I should focus on the townland name.  It is engraved on this headstone from 1872 in Dundonald churchyard.

Does anyone still use the name today? I usually think of this as “The Green”, “Dundonald Village” or “The Comber Road shops”.  But once I had seen the name on PLACENAMESNI website, I tracked down this sign in Galway Park. 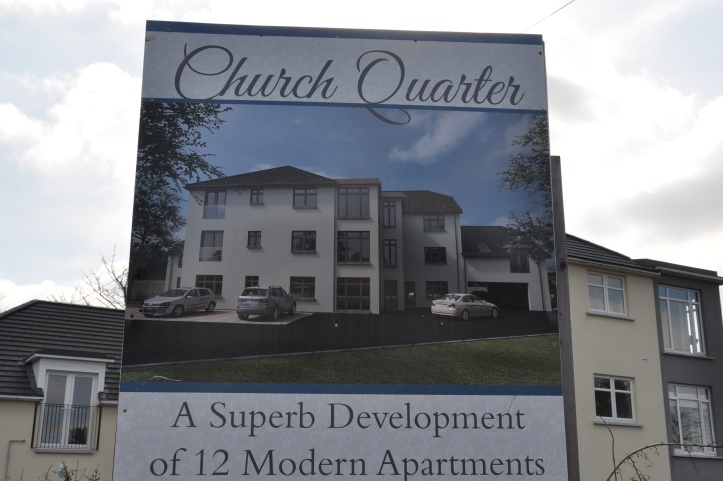