Last week I was in the town centre of Saintfield, County Down. On the southern edge of Saintfield is the townland of Drumaconnell East.

Before I write about the townland name, do any of my readers know the history of the street name? Why is it called ‘Old Grand Jury Road’? I haven’t found any information on this, so I’m just assuming that this was once the main road, funded by taxes collected by the Grand Jury of the County. Is that right?

Back to Drumaconnell now. The spelling of this townland name is confusing. Officially it begins with “DrumA“, but local residents will be more familiar with “DrumNA“, as that’s the spelling on the Drumnaconnell Road.  And this old gravestone for the Craig family uses the ‘NA’ spelling.

Where does the townland name come from? The website of PLACENAMESNI links the name to the Irish Droim meaning a small hill or ridge, followed by the surname Mac Dhomhnaill. (I’ve written about one other townland with Drum in its name – Drumfad.)

PLACENAMESNI also explains that Drumaconnell East and its neighbour Drumaconnell West were probably reduced in size when the village of Saintfield was established, leaving that small hill or ridge from the townland name inside the new townland of Saintfield Parks.

So what is left in Drumaconnell East in June? Buttercups.

And fields with gates.

The townland ends at a stone wall.

On the other side of the wall is Rowallane Garden, a property owned by the National Trust. The carpark for Rowallane is in Drumaconnell East, and my car was parked under this tree.

I can’t really justify showing photos of Rowallane’s beautiful garden until I reach the next townland, but here are two anyway. 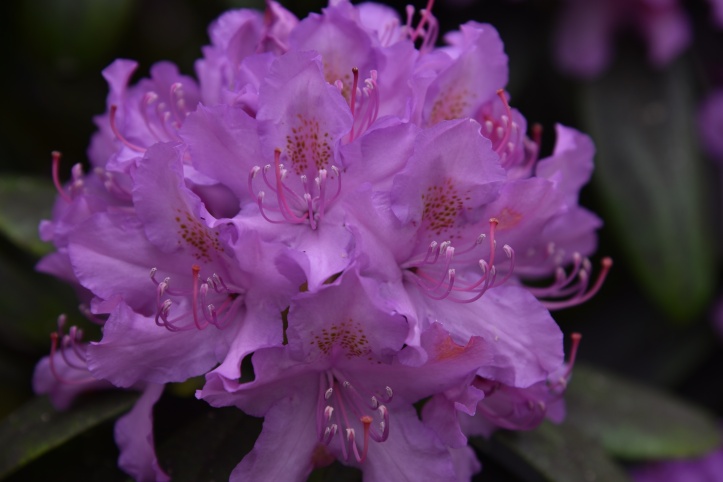 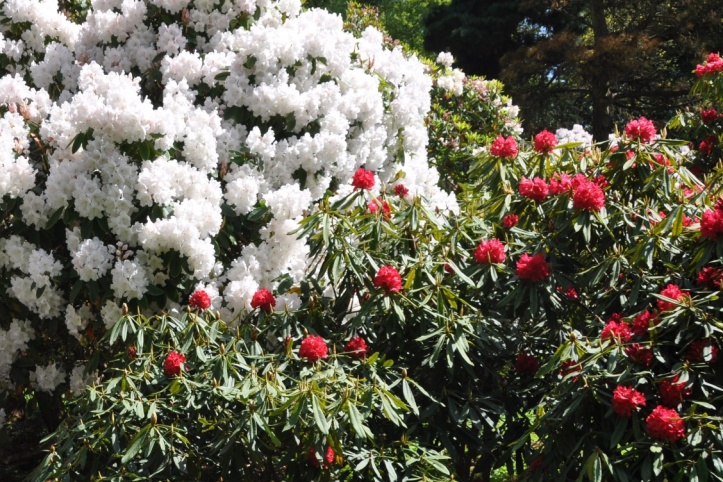 Which county is Drumaconnell East in?   County Down

Which civil parish is Drumaconnell East in?   Saintfield

Which townlands border Drumaconnell East?  To the north, Saintfield Parks.  To the east, Leggygowan.  To the west, Creevyloughgare and Drumaconnell West.

Click here for a map of Drumaconnell East on Townlands.IE.