My townlands project is one year old today.  My first post appeared on 10th October 2014.

To mark the anniversary, here are some photos from a special place – the townland of Aird. The name “Aird” probably comes from an Irish word meaning “headland”; and this is a pretty spectacular headland; but I’m not going to tell you its location yet.

Taking my first step into a photoblog of townlands last year was nerve-racking, like stepping from Aird townland onto this stone pillar.

The early posts were sketchy, and I had little to say about the first three townlands of Ballylisbredan, Ballyministragh and Scrabo.  This week I have added new material to build those posts up into something more substantial.

How will I ever reach the final townland?  There are more than 1200 in County Down alone. 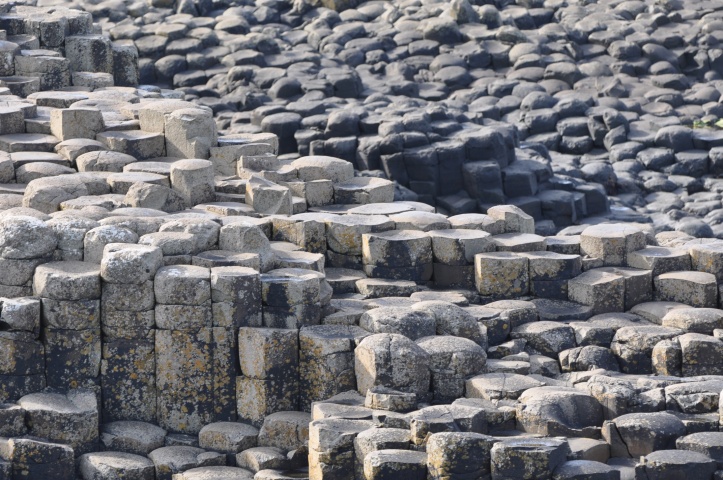 As you’ve all guessed by now, the townland of Aird is the home of the Giant’s Causeway.  The Causeway’s 40,000 interlocking basalt columns were built as a pathway by the Irish giant Finn MacCool (Fionn Mac Cumhaill) who was off to Scotland to fight the (even larger) giant Benandonner. 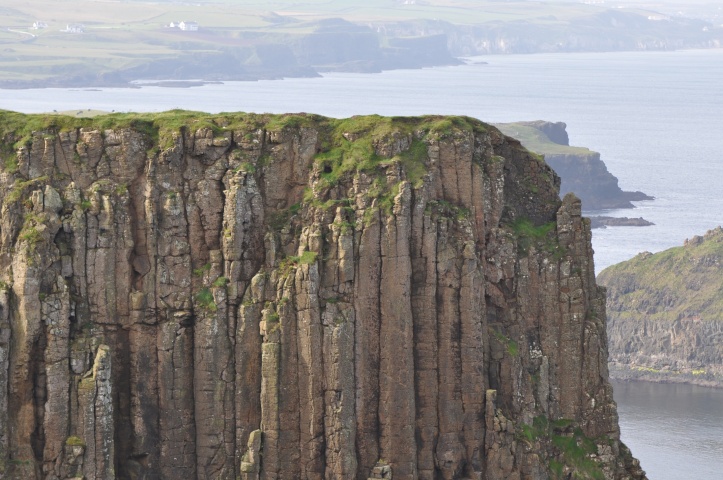 Or, if you prefer, they were formed by the slow cooling and contraction of thick lava flows from a volcanic eruption 60 million years ago.

UNESCO added the Giant’s Causeway and Causeway Coast to the list of World Heritage Sites in 1986.

The National Trust provides parking and a visitor centre at the Giant’s Causeway. Click here for more details.

Which other townlands lie close to the Giant’s Causeway?   The Visitor Centre is in the townland of Ardihannon.  As you walk east towards the famous rock formations, you reach the townland of Aird.  Further east along the coast lie the townlands of Lisserluss and Tonduff Mountain.

West of Ardihannon is Ballylinny and then the townland of Dooey.

Inland from the Giant’s Causeway lie the townlands of Carnside and Ballymoy.

Which civil parish is Aird in?  Billy

Which council area is Aird in?  Causeway Coast and Glens Borough Council.

Which county is Aird in?  County Antrim.

Finally, click here for the PLACENAMESNI website to see a map of the townland of Aird.  No information has been uploaded yet about the origin of the name, but I have read elsewhere that it probably comes from an Irish word meaning “headland”.