Unicarval is a townland in County Down, spreading over farmland on the hillside below Scrabo, between Dundonald and Comber.

This old chimney in Unicarval was once part of a flax mill.  Flax disappeared from Unicarval’s farms as Ulster’s linen industry declined. 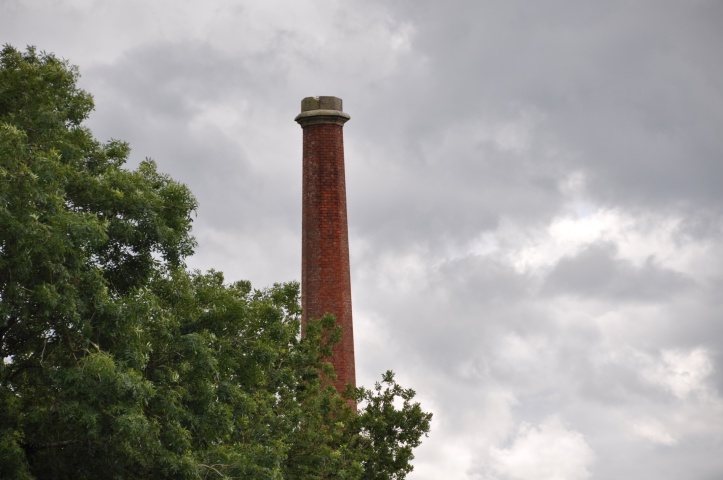 That leaves more grass in the fields for the cattle.

At last, a townland without a “Bally” in its name…..or so I thought.  According to the PLACENAMESNI website, Unicarval was previously called “Ballymoonycarvill”.  This probably came from the Irish Baile Mhuine Chearbhaill meaning “townland of Cearbhall’s thicket or hill”.  Not content with their excellent if unwieldy townland name, the people of the thicket or hill dropped the initial baile and the Mh- of Mhuine.

Looking at the roadsign, it looks like someone in Unicarval hasn’t given up changing the name.