Gortgrib is a small townland in East Belfast, almost entirely surrounded by Tullycarnet, but also sharing borders with Gilnahirk and Ballyhanwood.  The name can be seen in this street sign on Gortgrib Drive. 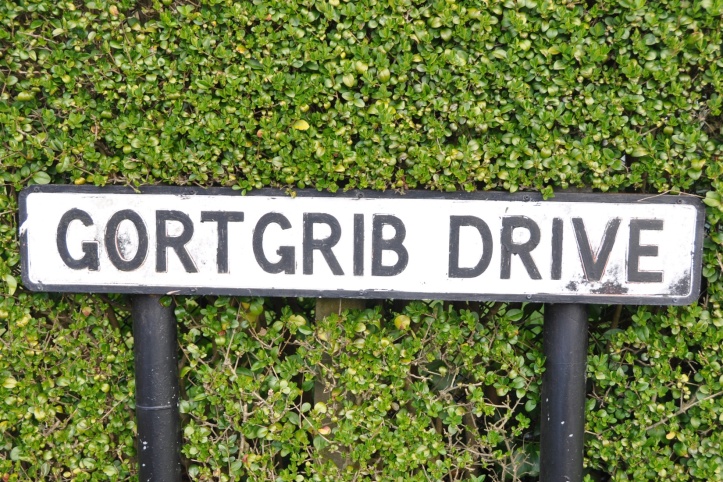 The “Gort” part, which means “field”, also appears in the name of Gortlands Veterinary Clinic. PLACENAMESNI says that the derivation of “Grib” is obscure, but that it may refer to a man-made cut, trench or earthwork.  I don’t have a photo of the veterinary clinic, but I do have one of my cat looking rather woozy on his return from being neutered there.  Here he is, suffering from a man-made cut.

The townland of Gortgrib wrong-footed me.  In my post on Tullycarnet I praised its park.  Guess where Tullycarnet Park really is?  Gortgrib.  That will teach me to study the map on PLACENAMESNI more carefully.  In Gortgrib you will also find Gilnahirk Primary School (which I assumed was in Gilnahirk townland) and Our Lady and St Patrick’s College Knock (which looks like it’s in Gilhahirk and sounds like it’s in Knock).  I don’t know why both schools rejected Gortgrib as a name. Perhaps it was less well-known locally, or perhaps it was just less pleasing to the ear.

The odd-sounding name is actually very old. I have seen reports that a church was established there by St Patrick, and that a festival celebrated “St Molioba of Gort Chirp”.

In order to bring you photos of the contemporary Gortgrib I returned to Tullycarnet Park.  The daffodils are fading but the cherry blossom is out instead.

I spotted this sign at the edge of the park.  Has the success of Rory McIlroy, Darren Clarke and Graeme McDowell inspired Northern Ireland’s youth to start playing everywhere, disrupting life in local parks? 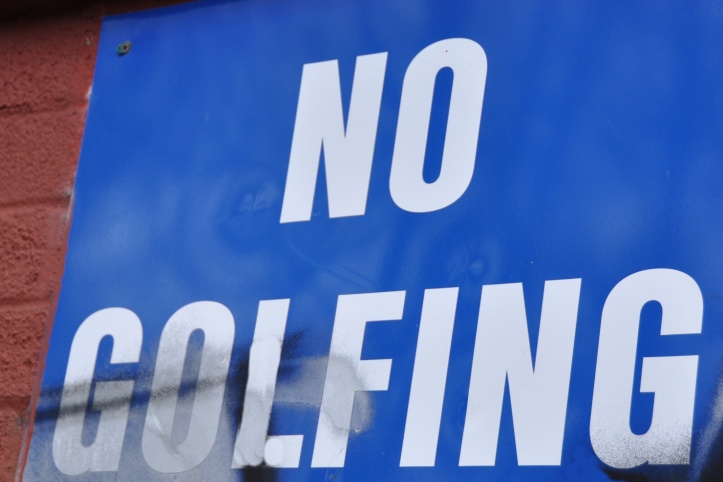